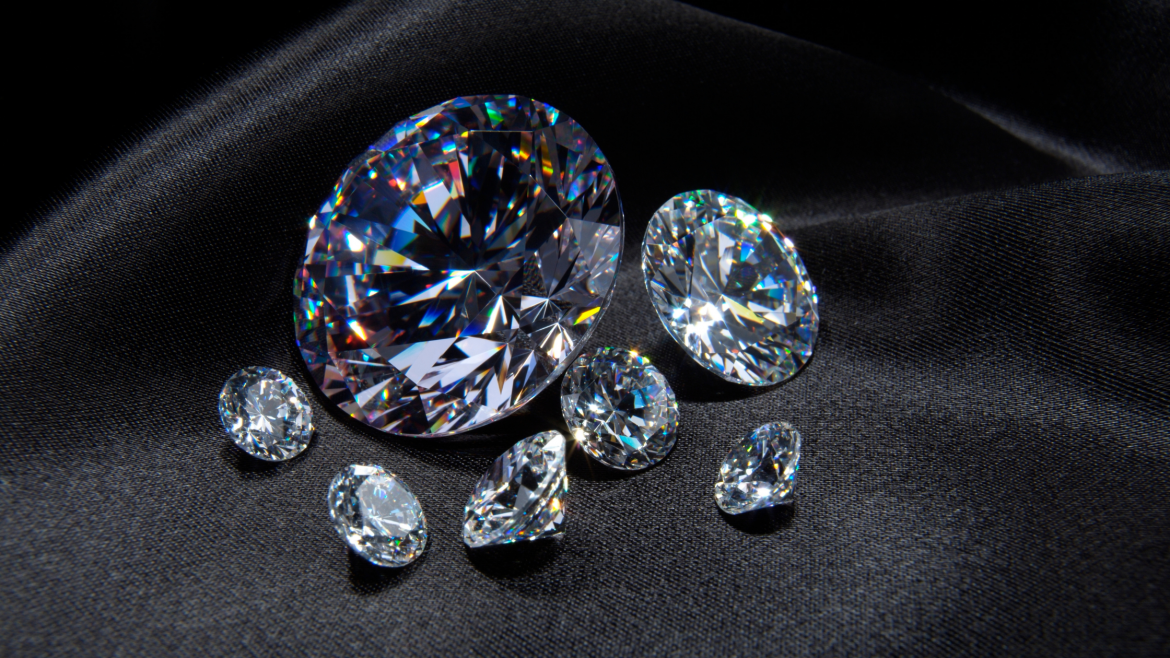 Diamonds are the most popular engagement ring choice for couples in America. In fact, there is a diamond industry statistic that says that 95% of engagement rings contain diamonds.

However, do you know anything about the diamond industry? If not, this blog post will give you all the information you need to know so your business can succeed.

The diamond industry is one of the most profitable industries in the world. It generates billions annually and employs over 600,000 people worldwide.

However, many people are unaware of what happens behind the scenes to produce all those beautiful diamonds that they see at their local jewelry store or on television.

Why are Diamonds Highly Regarded?

As you may already know, diamonds are highly considered in both the manufacturing and jewelry industries.

The main reason why diamonds are so highly regarded is that they have a lot of intrinsic value. Diamonds can be used to cut and drill other materials, which makes them extremely useful in a wide range of industries including construction or automotive.

Diamonds also shine brightly when exposed to ultraviolet light, making them great for industrial lighting purposes as well. Besides that, they’re also considered for their beauty and shine that lasts forever.

This is why this gemstone makes up for one of the most profitable industries in the world.

Which Companies are Dominant in Processing the Diamond Structures?

Mined diamonds are largely processed and sold at the world’s major diamond centers, including:

Diamonds are not traded on a global market like precious metals. Nonetheless, since 1960, the worldwide diamond price has risen by more than tenfold to its current level. As a result, the diamond industry has grown considerably to produce an estimated $15 billion in annual revenue.

The Value Chain of Polished Diamonds

In terms of value, the diamond industry is highly concentrated. In fact:

What About Industrial Diamonds?

A considerable percentage of diamonds are used for industrial purposes. Industrial applications include diamond tools that drill into hard materials, such as iron and steel, glass etching, gemstone cutting, and laser welding of metals to cut the need for arc welders at metal shops, among many more applications.

This is because nearly half of all the mined diamonds are unsuitable for use as gemstones. While there isn’t a clear-cut estimation of the industrial use of diamonds, rough estimates put it at billions of dollars annually.

Diamonds are an integral part of the United States economy and hold a significant role in many American companies. Therefore, they can be considered as important exports for the country.

So, while rough diamonds might be less glamorous, they are still highly considered for industrial purposes. It’s safe to say then that only a minimal amount of this gemstone goes to waste.

Is the Diamond Industry Growing?

The diamond industry is growing. In recent years, the demand for diamonds has been increasing as more and more people are able to afford them due to technological advancements that have made them cheaper to produce.

The worldwide diamond production increased by more than 20 percent from the year 2015 to 2016, with a total output of over 130 million carats in 2016 alone. This is only expected to grow further as new technologies are being developed and implemented into mining operations.

In conclusion, there is an increase in the demand for diamonds and a growth in the diamond industry as a whole.

What About Lab-Grown Diamonds?

It is important to note that lab-created diamonds are not the same as synthetic ones.

Should You Invest in Diamonds?

Whether for industrial or ornamental purposes, diamonds have been a favorite of many for generations. The high demand and value have encouraged the entire industry to expand beyond its initial boundaries.

While it is still impossible to predict what will happen in future years due to various circumstances that can influence prices, the above statistics can give you an idea of where the trend is headed.

You can definitely invest in diamonds to make a profit, but you should learn more about the industry and how it works to make the right choice.

There is no doubt that diamonds are beautiful and valuable. For some, the high value will be reason enough for an investment of their resources into this industry.

However, a more informed decision can lead to greater success in your endeavors with diamond investments.