How Are Diamonds Formed? 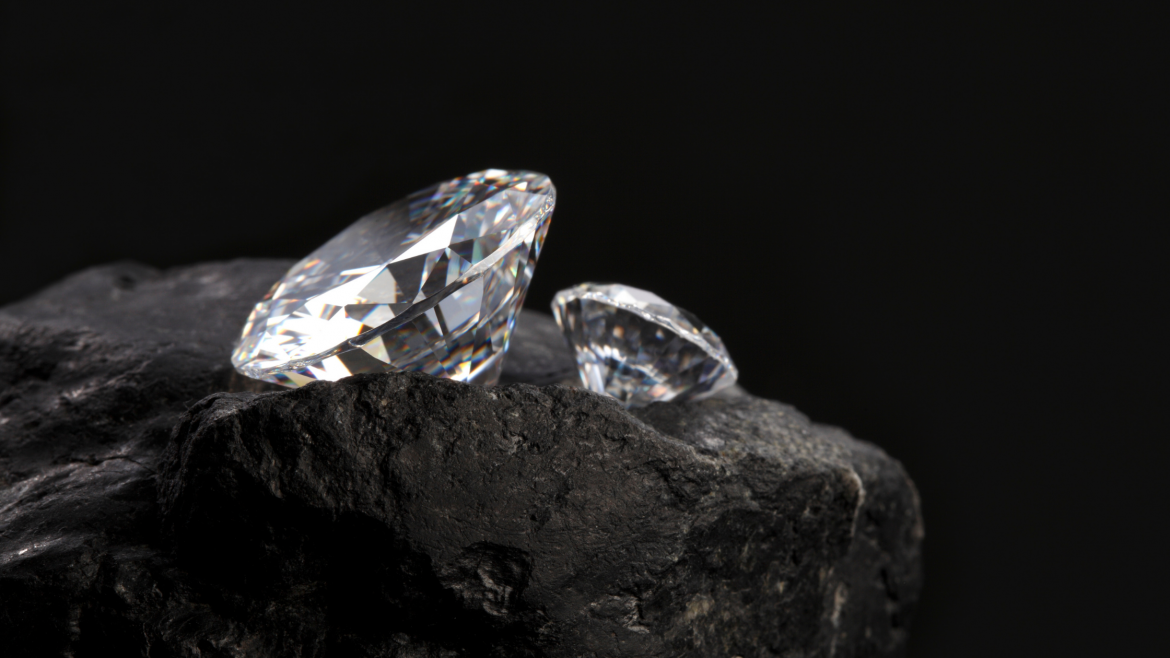 Diamonds are one of the most popular gems in the world for a few reasons; jewelry, the tradition of diamond engagement rings and for their jaw dropping beauty. But there is still a lot about diamonds that most people do not know.

How Are Diamonds Made?

The question we all have been waiting for is “how are diamonds made?”. But this answer is not as simple to answer as it seems, this is because as humans we cannot easily see how diamonds are created due to diamonds being created deep into the earth. However, we do know that diamonds appear in the upper mantle of the earth’s crust about one hundred miles beneath the surface.

What Is Needed To Create Diamonds?

Diamonds only exist when specific conditions are met, and these things are always necessary for their creation:

It is this combination of intense heat and mineral friction which produces diamonds. The scientists can only make theoristic estimates about the time required for diamonds to form inside the earth, because they cannot physically go a hundred miles underground to observe diamond formation.

Where Do Diamonds Come From?

Now that we know the basics of how diamonds are made, you might now be asking yourself “Where Do Diamonds Come From?” The truth of the matter is, we are not 100 percent certain but most scientists believe that the diamonds humans found on the planet’s surface were brought up by a volcanic eruption.

Their reasoning is that most earth mined or natural diamonds are found deep within the hardened magma in which they were formed.

As far as we can tell, this eruption occurred roughly a hundred million years ago, when volcanic activity on this planet was very active. During volcanic eruptions, diamonds are formed and brought to the surface of the earth.

Scientists refer to these diamonds as Kimberlite diamonds, because they are formed by the eruption of Kimberlite.

How Deep Are Diamonds Formed?

Natural diamonds are typically formed about hundreds of miles into the earth’s upper mantle. Because of this we have not been able to watch diamonds form naturally.

What Are Diamonds Made Of?

As we learned earlier, carbon is needed in order to create diamonds. The reason for this is that the carbon atoms bond together to form crystals. But, this only can happen in environments that are high pressure and high temperature. Which is why diamonds are created in the earth’s mantle.

Where Does Carbon In Diamonds Come From?

There is no consensus in science on where the initial carbon came from. Researchers can only speculate on the origin of diamonds’ carbon content.

How Does Carbon Bond In Diamonds?

In diamonds, carbon atoms bind in a specific process of forming five atoms, each bonding to four of the atoms around it.

In order to have a crystalline structure, a one-carat diamond must have a one-to-one covalent bond with billions upon billions of carbon atoms. All it takes are four tiny carbon atoms, and over the course of millions or billions of years, a diamond is born.

Nevertheless, this 4-carbon covalent bond structure constitutes one of the strongest chemical bonds known to mankind.

The time it takes for them to form naturally is still unknown. For a diamond to take form as a diamond, it may take a few million, 100 million, or even a billion years.

In addition, diamonds could also form in a few days, weeks, or even months under the right conditions within the earth’s mantle.

What Is An Old Mine Cut Diamond?

How To Keep Your Necklaces From Tangling When Traveling