How Much Is Pauly D’s Gold Chain Worth? 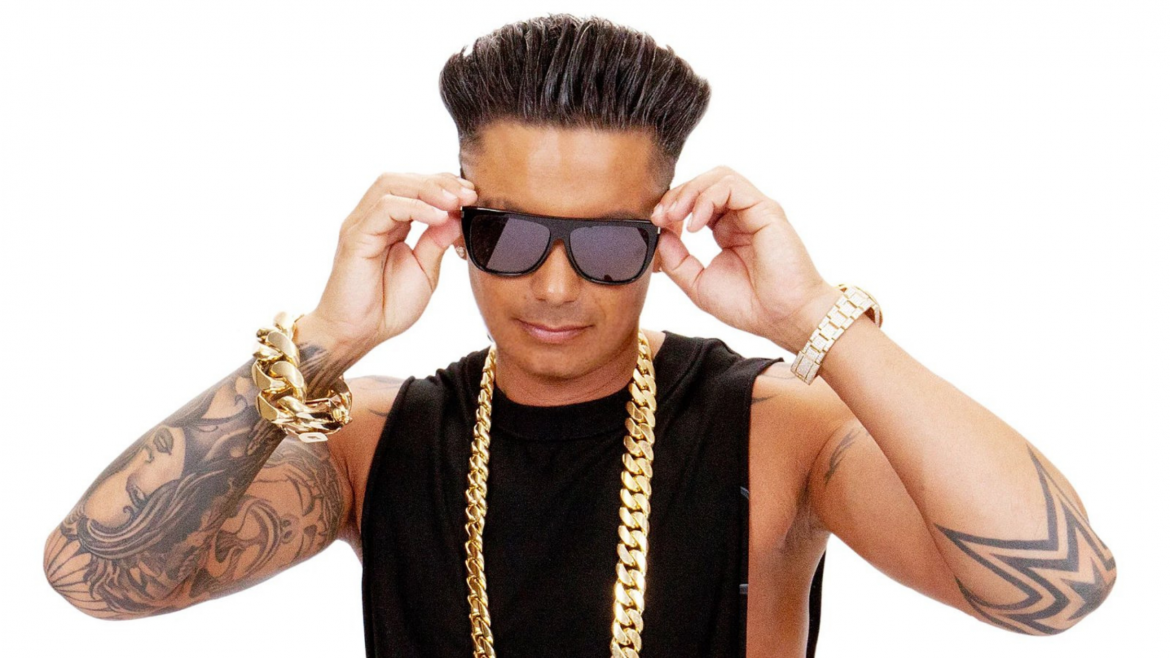 Gold chains have been a sign of wealth for many years in popular culture, especially when it comes to celebrities. With that being said, you probably already know that Pauly D is one of these celebrities who wears gold chains. But now much really is Pauly D’s gold chain worth? In this post we will tell you a little bit about Pauly D and how much his chain is really worth.

Who Is Pauly D?

Paul DelVecchio, popularly known as DJ Pauly D, is a prominent American DJ and television personality. Pauly D shot to popularity when he participated in the MTV reality series ‘Jersey Shore ‘as one of the housemates. Pauly D was subsequently hand-picked by MTV to star in his spin-off show, making him the first cast member of ‘Jersey Shore’ to do so. The show, branded as ‘The Pauly D Project,’ was aired on MTV from March 29, 2012, through June 14, 2012. Pauly D is also known for partnering with world-renowned performers like Britney Spears and 50 Cent. He received three straight nominations for the prestigious ‘Teen Choice Awards,’ winning twice in 2011 and 2012.

How Much Is Pauly D’s Gold Chain?

According to reports, the 38-year-old “Jersey Shore” star collaborated on the handmade jewelry with Avi, the owner of Pristine Jewelers in New York City.

The three-month-long project is based on depicting the DJ’s visage that appears on all of his merchandise — replete with a blowout, diamond earrings, and aviator sunglasses.

The 36-carat pendant is suspended from a 48-carat rose, yellow, and white diamond-encrusted Cuban link chain. The reality personality added a matching tri-color Cuban link bracelet to complete the ensemble. What is the entire cost of Pauly D’s new bling? A staggering $500,000.

What Do Carat and Karat Implies About Gold?

While 24-carat gold is the purest form of gold, it is often regarded as too soft for practical goods and gold jewelry. This is why gold is frequently alloyed with a metal such as copper or silver, making it harder to work with and more comfortable to wear. This alloying technique diminishes the purity of the gold but increases its usability.

A single carat of gold is one component out of a possible 24. Thus, 18-carat gold is an alloy composed of 18 percent pure gold and six percent another metal (most often copper). Thus, 9-carat gold comprises 9 parts gold and 15 parts another metal.

Additionally, you’ll see the term ‘carat’ employed about gemstones when it refers to mass rather than purity.

A ‘gold karat’ is synonymous with a ‘gold carat’; the distinction is that in American English, the word is spelled with a K rather than a C. Additionally, the term ’24K’ is used in the United States to signify purity, rather than ’24ct’ in other nations. As we are in Australia, we use the abbreviation ‘ct.’

What Is Pauly D’s Early Life and Career?

Adam Michael Goldstein, better known professionally as DJ AM, Adam Michael Goldstein was one of Paul’s earliest influences. Due to his enthusiasm for music, Paul determined early in life that he would devote the remainder of his life to being a music artist, specifically a top-rated DJ. As a result, he began his career as a DJ, performing at neighborhood pubs. He quickly earned notoriety under the stage name Pauly D, which attracted the attention of television producers and other media celebrities.

In his career, Pauly D made his American reality television debut in 2009 as one of the roommates on the renowned ‘Jersey Shore.’ Pauly D became a household name with the show, which aired on MTV. Pauly D later said that his status as a DJ played no role in his acceptance on the show. Additionally, he alleged that the producers of ‘Jersey Shore’ approached him via the social networking site Myspace after noticing his appearance.

After communicating with the ‘Jersey Shore’ agents via Myspace, Pauly D forwarded his phone number and called the show’s casting directors. The casting directors from Los Angeles had called to notify him that they would be bringing some of their crew members to his house to film a day in his life. MTV’s camera crew followed Pauly D around for a whole day, visiting his gym, club, and other regular haunts. Pauly D received a call six months later from the producers of ‘Jersey Shore,’ informing him that he had been cast.

After starring in the reality series, Pauly D’s popularity skyrocketed. His fan following grew significantly, prompting widespread coverage in prominent magazines. Time, a popular American weekly news magazine, labeled his admirers as seriously rabid,’ which speaks much about his fans’ devotion to him. Pauly D’s notoriety aided his music career as well. In 2010, he capitalized on his celebrity by releasing the tune ‘Beat Dat Beat.’ He was also a nominee for ‘America’s Best DJ’ in the same year. In the following year, he received another nomination for the same prize.

On August 11, 2011, Pauly D revealed that he had signed a deal with 50 Cent’s record labels ‘G-Unit Records’ and ‘G-Note Records’ to release three albums. He partnered with Britney Spears the next year when he served as the opening act for Britney’s ‘Femme Fatale Tour,’ which visited major North American cities.

He teamed up with rapper Big Sean in July 2012 to collaborate on one of his future projects. By this point, Pauly D had amassed a sizable fan base across many social media platforms, which persuaded the promoters of ‘World Wrestling Entertainment’ to name him the new social media ambassador for ‘SummerSlam.’ He released a single named ‘Back to Love’ on January 15, 2012, featuring Jay Sean, a well-known British singer, and songwriter. The song charted in the United Kingdom and received positive reviews from reviewers.

Pauly D was a cast member of the reality television series ‘The Pauly D Project’ from March 29, 2012, to June 14, 2012. The show was a spin-off of ‘Jersey Shore,’ which aired on MTV. Pauly D is the first ‘Jersey Shore’ competitor to receive his spin-off show. The series’s first season, which consisted of twelve episodes, focused on his work as a DJ. He released the single ‘Did You Know’ in 2016. He was chosen to star in a reality television series called ‘Famously Single’ the following year. Pauly D appeared in the show’s inaugural season, which premiered on June 14, 2016 on ‘Entertainment Television.’

He also made his film debut in 2016, in a short film named ‘Spring Break Zombie Massacre,’ where he starred as himself. In 2018, the producers of ‘Jersey Shore’ summoned him to star in the show’s sequel, ‘Jersey Shore: Family Vacation.’

To conclude, Pauly D’s highly expensive chain is due to his fame and influence. Aside from that, it is undeniable that the chain has a high carat and is made out of the most expensive materials. You can infer that the price of Pauly D’s gold chain is influenced by its composition, intrinsic details, and careful production process.

What Is Gold Vermeil?

Is A Gold Chain A Good Investment?