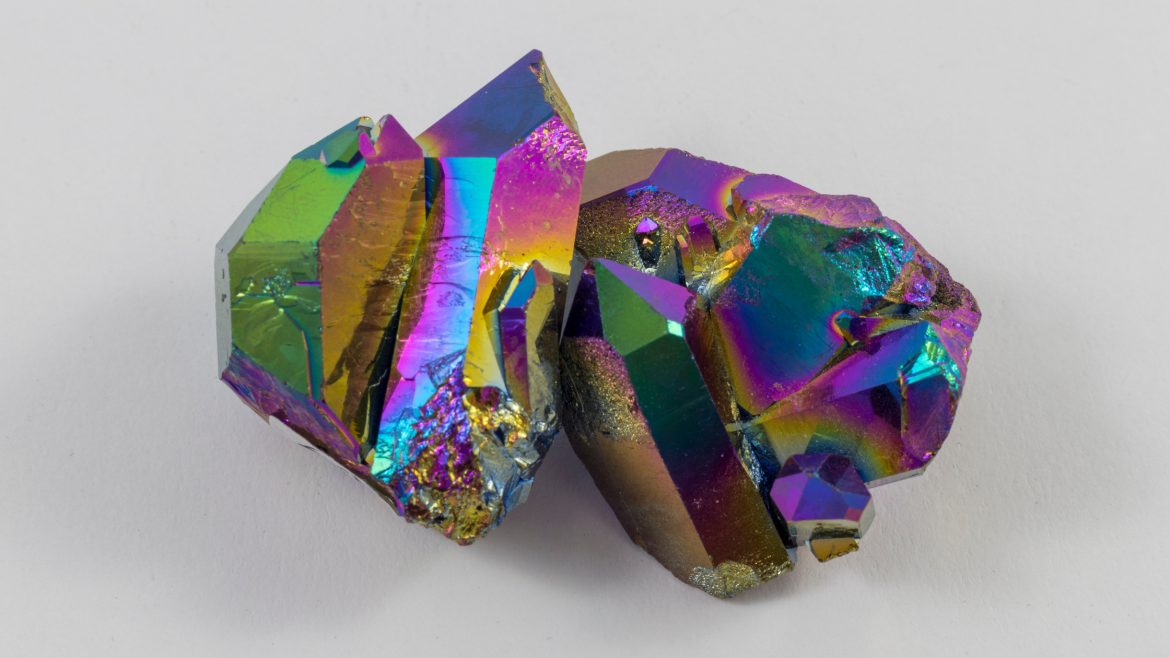 Nature shapes many different stones in different forms and precious features. Every naturally shaped and developed stone has a special benefit for the health and lifestyle of people. But in a room full of shiny and bright pieces of stone, it can be difficult to identify which stone is natural and which is not. Amethyst stones are a well-known variation of quartz, and if you are confused if it is natural or not, this is your complete guide to rainbow amethyst.

What Is Rainbow Amethyst?

Amethyst stone is a variation of quartz that comes in violet shades. Amethyst comes in different shades of violet and is widely used for pieces of jewelry. It can come in different shades, and it is the rainbow shade. It is called the rainbow amethyst. It has a violet color with rainbow hues on its surface. When the stone is placed in a ray of light, the rainbow hues on its surface look bright, shiny, and mesmerizing. A great number of Amethyst deposits are in Brazil, and it is found abundantlyly in large geodes within volcanic rocks. It can also be found in South Korea, where it is also mined in great amounts to supply a big gemstone and luxury market.

The rainbow amethyst is not a natural stone. Amethysts are found in plain violet shades without any traces of rainbow or other hues on their surface. These stones are mined in their abundant deposits in many parts of the world, and only variations in the shade of violet are found and rendered natural. While rainbow Amethysts are not natural, it does not mean that it is a decrease in their beauty and value. This rainbow aura stone has created its name and spot in the market. It is used as design and details for jewelry, meditative purposes, and other health-related practices.

What Causes The Rainbow In Amethyst Crystal?

Either by fusing platinum and silver crystals or titanium plating, rainbow amethyst is one of the most widely known variations of amethyst. Even though it is not naturally made, the processes done to make its rainbow hues are crucial and delicate, making it precious in its improved and modified appearance.

What Is The Meaning Of Rainbow Amethyst Crystal?

There are a lot of meanings attributed to the rainbow amethyst crystal. Its rainbow hues are mostly attributed to positive energy and inspiration. Natural amethyst is known for its positive influence. Its name is derived from the Greek word ametusthos ametusthos, which means not intoxicated. For the past centuries of its history, amethyst has been known for its therapeutic and spiritual effects.

The meaning of rainbow amethyst changes in certain periods. For instance, in the Renaissance, amethyst stones were engraved with animal symbols that meant security and protection. Royalty is also shown by wearing an amethyst amulet back then. But instead of luxury, it is a symbol of humility and modesty among the royalties.

The stone was also used during wars. The soldiers of ancient times believed in the protection and security that the amethyst stone could bring to them. They also relied upon the amethyst stone for sobriety and overall control of their thoughts. They used it to enhance their mindfulness on the battlefield.

Egyptians rendered another meaning for amethyst crystal when they used it as a jewelry stone to protect them from fearful feelings and any form of witchcraft. It was back in 4000 BC when ancient Egyptians started crafting and wearing jewelry pieces with amethyst crystal, with the hopes of being protected from fear and black magic.

After ancient times, the amethyst crystal continuously served its purpose for the different cultures and traditions around the world. The amethyst crystal has been used as a jewelry design and details, healing stone, and many more. People thought of modifying the stone through its continuing history, and the rainbow amethyst is a product of people’s creativity and sentimental care for the crystal.

What Are The Healing Properties And Benefits Of Rainbow Amethysts?

The amethyst crystal is used in the meditative healing process to relieve stress, rage, and anxiety. It is known as a natural tranquilizer. Some people who value this healing property of the amethysts crystal use it as a center stone for the pieces of jewelry that they wear daily.

The rainbow amethyst crystal enhances mindfulness and keeps people sober in cases of overindulgence. It has a calming effect that stimulates the mind and the body, thus, promotes focus and awareness to the individual.

A rainbow amethyst that is worn or in place gives a comforting effect that allows a person’s mind to stay restful and sleep longer.

People wear rainbow amethyst pieces of jewelry, such as rings, pendants, and amulets, to influence and maintain balance in their lives. The crystal gives a positive and assertive attribute to people who are wearing it every day.

Can You Solder Gold-Filled Jewelry?

What To Say When Giving A Promise Ring