What Are Grey Diamonds? 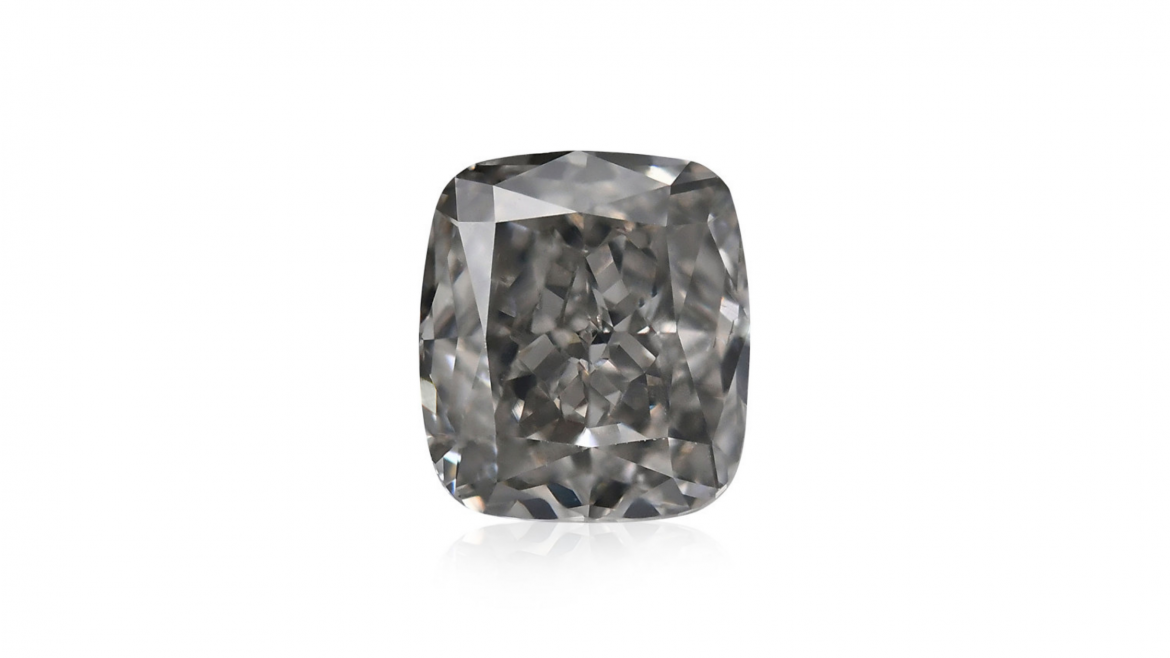 Grey diamonds are the perfect gemstone for those who want to stand out from the crowd. They have a mysterious and captivating nature that will make you look nice, and they’re often seen in luxurious jewelry.

They look quite similar to black diamonds in appearance, but as the name suggests, they come in different shades of grey.

So what exactly are grey diamonds? In this blog post, we’ll answer that question and more! You’ll learn everything about these fancy gems including where they come from, how they’re cut, their history as well as some tips on purchasing one of your own.

What Is A Grey Diamond?

The material itself is not different from the traditional diamond, but it has some visual qualities that are similar such as coloration due to mineral inclusion. For instance, inclusions of boron cause grey diamonds to turn blue.

Grey diamonds are among the rarest types, which is what makes them so expensive and sought after by collectors due to their rarity in nature.

The color of these gems can be found naturally or caused by man-made processes that add boron during diamond formation. The most common colors include light brown, dark blue, black, and greyish blue.

Boron causes the coloration in these gemstones which is what makes them different from traditional diamonds.

Is A Grey Diamond A Real Diamond?

Yes, grey diamonds are real and if you are asking this question it’s probably because you are skeptical about the authenticity of a grey diamond. That’s understandable because there aren’t many reliable sources for grey diamonds available to buy from if you’re interested in them.

Except for the color, grey diamonds should be identical to white diamonds in every other way and this is where the problem lies. No matter how hard it can be sometimes to spot a real gemstone with different colors from synthetic ones (especially if you’re not an expert), there is one thing that can help you a lot with your decision.

Since white diamonds are the most expensive type of diamond, it’s normal to think that grey ones will be cheaper than others. But in reality, they’re not!

People who are looking for the most affordable type of diamond should not buy grey ones, because they’re expensive even though you might think otherwise if you don’t know anything about them.

All that said, there is nothing wrong with grey diamonds for any other reason. They are rare and beautiful just like every other type of diamond, but they’re not the best choice if you want to save money!

Where Are Grey Diamonds Found?

Grey diamonds are usually found in volcanic rock and other places with high levels of nitrogen. This means that they have been formed over a long period, even before the mining process starts. The mining process is what defines their final form as well, however, it’s important to note that not all mines produce these gems.

What To Look For When Purchasing Grey Diamonds

Are Grey Diamonds Worth It?

If you’re interested, but not sure whether or not they are worth your money, there are few things to keep in mind while deciding to buy grey diamonds:

Are Grey Diamonds Eco-Friendly And Sustainable?

Grey diamonds are created when there is a higher concentration of nitrogen in the diamond. With that being said, they can be considered more eco-friendly and sustainable than their traditional counterparts because they take less energy to form since it doesn’t need as much heat for them to crystallize. They also have lower carbon emissions compared with other natural stones.

The color of grey diamonds ranges from blue-grey to dark grey, and they were discovered millions of years ago. In terms of clarity, they are often seen as imperfect because it’s difficult for miners to distinguish between them and other types of gray stones like quartz or tourmaline.

A typical way of identifying a grey diamond is through its fluorescence properties: if it does not emit any fluorescent colors then it’s likely that the stone is an opaque type of mineral-like quartz or tourmaline.

Fancy grey diamonds are usually found in the same mines as white and black diamonds, hence they’re also referred to as “diamonds of other colors.” They have a light-gray or dark gray body color that can appear blueish when seen from certain angles.

In addition, these types of stones often show differently depending on how one views them. Depending on the color of light, there may be a different shade observed with an angle change.

The colors vary in intensity and they come in the following intensity levels:

Fancy diamonds have fewer inclusions because they’re mined at deeper depths which makes it more difficult for miners to spot those imperfections when collecting stones from below-ground mines.

Salt and Pepper gems are more common in the market than fancy grey diamonds. They’re mined at much shallower depths which makes it easier for miners to identify these imperfections during collection.

In addition, salt-and-pepper stones have a larger number of colors because they contain dark spots with lighter or brighter areas around them.

When it comes to the color of diamonds, some people prefer a more understated tone than their flashy counterparts. The grey diamond is often seen as an elegant gemstone that doesn’t need all the glitz and glamor while still providing its owner with something beautiful.

What Is A Pie Cut Diamond?

What Are Candy Colored Diamonds?