What Is A Baguette Cut Diamond? 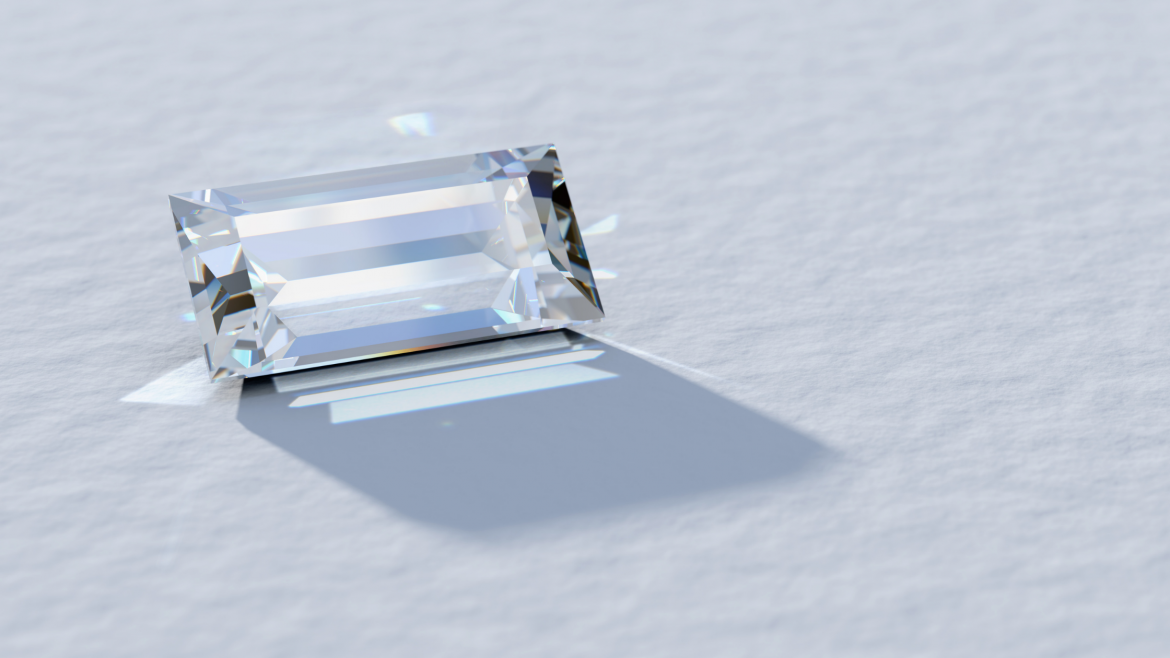 Baguette diamonds have rectangular and elongated shapes. Additionally, this can also come in square shapes, but they all have a thin profile and a ratio of length to width between 3:1 and 5:1.

Along with Emerald and Asscher cuts, Baguette-cut diamonds belong to the step cut family. The only difference between the two is it’s perfectly square edges. Traditionally, Baguette diamonds are cut with a 14-point straight line, which adds more clarity, brilliance, and sparkle to the diamond.

What Is The History Of Baguette Diamond?

Why Is It Called A “Baguette”

It is hard to think of a “baguette” without picturing a long, thin French bread. The famous french bread is not the basis of the name for the baguette diamonds. In fact, both names come from the French word that means “stick.”.

What Are The Characteristics Of Baguette Diamond?

Diamonds just like all other pieces of gemstones are evaluated based on the 4 Cs; Carat, Clarity, Cut, Color.

The shape of the diamond is another important feature aligned to its cut. Its shape is elongated, thin, and could be a square or rectangular shape. It resembles the characteristics of the French bread baguette to which it is believed to be named after.

The facets are another key feature. Baguette diamonds commonly have 14 facets up to 24. Its facets are parallel to each other and are aligned forming like a terrace. Its facets contribute more to its luster than to its brilliance and clarity.

What Are The Different Baguette Diamond Ring Settings?

In three stone baguettes, two Baguette diamonds are aligned with a round cut diamond in the center. As a result, the center diamond remains stunning while being emphasized.

Typically, channel sets have little diamond baguettes set in the metal realm around the round cut diamond. The result is a detailed, sophisticated appearance.

Vintage baguette rings have details of diamonds in the realm and center of the ring, as well as Baguette diamonds surrounding the sides, enhancing its appearance with its details.

One of the most extravagant ring styles is the ballerina diamond ring. Rings with a ballerina halo feature a centered round diamond surrounded by baguette diamonds that point directly toward the center diamond.

What To Look For When Buying Baguette Diamond?

There are certain standards when it comes to choosing a Baguette ring. Here are some things to consider when buying one.

What Are Pros and Cons of Baguette Diamond?

Baguette diamonds are no different from other diamond cuts in having strengths and weaknesses that you should also take into consideration when making a purchase decision.

Should You Purchase A Baguette Cut Diamond?

When it comes to purchasing diamonds it is all going to come down to your personal preference. If you like the stylings of a baguette diamond then don’t let others hold you back and purchase the one you love.

But, we do recommend that you also explore other options such as the rest of the step cut diamond family which are just as stunning and look very similar to the baguette cut. So you might end up finding a similar cut that you love even more than the baguette cut.

Where To Purchase A Baguette Cut Diamond?

If you have taken our advice and looked at a variety of different diamonds and cuts but still want to purchase a baguette cut diamond, that is fantastic! We know that you are most likely making the right choice.

What is the best place to buy a baguette diamond? In our opinion, you should first shop online to get an idea of the style and price range you are looking for. Then you should visit a local jewelry store to speak with a professional jeweler or gemologist who will be able to recommend the perfect ring for you.

What Is The Girdle Of A Diamond?