What Is A Ceylon Sapphire? 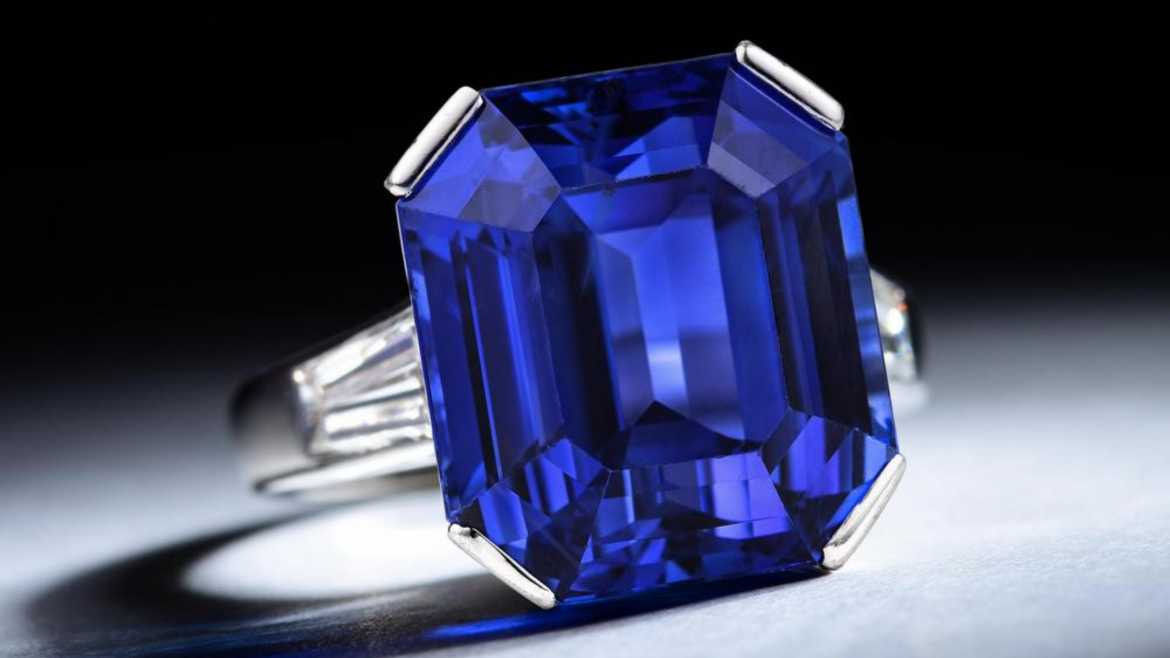 Regarded as the ‘jewel box’ of the Indian ocean, Sri Lanka is a utopian land of natural riches and great beauty. Known until 1972 as Ceylon, this gem-laden island has a rich history as a source of economically important gemstones such as ruby, chrysoberyl, topaz, moonstone, amethyst and garnet, with sapphire being the most important psychologically and financially.

Sri Lanka is one of the oldest known sources for sapphire, with many of the world’s most famous and celebrated sapphires coming from here. Interestingly, 25% of Sri Lanka’s land mass contains gemstones. Given the size of this country, that’s a lot of gems.

Sapphires have been mined in Sri Lanka for over 2,500 years, giving this country quite the reputation.

What are the rare attributes of Ceylon sapphires that set them apart from others? In this blog we break it down for you, to appreciate the aura of these gems which have been treasured since antiquity.

What Is A Sapphire?

Sapphire is a variety of the mineral species corundum which is composed of aluminum oxide and is colorless in pure form.

So you may wonder how a sapphire gets its breathtaking blue color!

As the crystal grows, chemical impurities enter into it. These impurities or trace elements have the potential to change the crystal’s color. Elements such as chromium will cause red color creating Ruby, while iron and titanium will give the blue color for Sapphire.

The most valuable sapphires are those that possess a vivid blue hue and medium to medium-dark tone. If the color of the stone is supported by a good clarity, transparency and optimized by a well-executed cut, the value increases.

Sapphire is considered as a symbol of love, loyalty, power, wisdom and nobility because of its allure and range of blues. It is said to bring spiritual enlightenment and inner peace.

It has adorned the robes of royalty for centuries. The extraordinary color of sapphire is a standard against which other blue gems are measured.

There are certain gemological properties of Sapphire, which separates it from other gems: –

What Is A Ceylon Sapphire?

Ceylon sapphires are valued for their rich, vivid blue hue, which tends towards a lighter and brighter blue. The lighter tone means they can return more light to the viewer’s eye. As a result, these sapphires have greater brilliance than other dark-toned ‘inky’ blue sapphires from Thailand, Australia or Africa.

Sri Lanka is the only country that produces top quality ‘peacock’ blue sapphires, which are highly desired and have featured in some of the most famous jewels in history. Their remarkable luster, brilliance and saturation make them beautiful in their own right.

Out of the three major sapphire mines- Kashmir, Burma and Ceylon, only the latter is the most prolific producer of sapphires, volume-wise. Kashmir sapphires are almost non-existent for about the last 100 years, while Burma is mostly focussed on ruby mining, therefore making the Ceylon sapphires to be the pilot in the industry.

The value of Sri Lankan sapphires lies not only in their quality but also in their history and artistic interpretations of jewelry houses who favor sapphires for their vibrancy and endless color palette.

While determining the value of Ceylon sapphires, various factors are taken into consideration such as: –

Color is the chief determinant for the price of a sapphire.

Though Sri Lanka is most famous for blue sapphire, the full spectrum of sapphire colors is found there, known as ‘fancy color’ sapphires including pink, yellow, green, purple and the rare pink-orange variety called padparadscha.

Pink sapphires are rare and are mainly found in smaller sizes.

Yellow sapphires are often found in large sizes (over 5 carats) and unheated material, though rare, is still available in the market

Padparadscha sapphires are saturated in color varying from salmon/pink/orange to bright pink. Their name was derived from the Singhalese word for ‘lotus flower blossom’, referring directly to their exotic colors. These special sapphires are rare in their optimal color and typically demand a hefty premium over fancy pink or orange colors.

Inclusions form in a gem as it naturally grows and indicate a gemstone’s natural identity.

They may also aid in determining the origin of a gem.

Ceylon sapphires are known to possess a good clarity, with few visible inclusions, if any. These transparent stones reflect light throughout the gemstone, thus illuminating the stone.

Ceylon sapphires are fashioned in many of the popular shapes and sizes. The oval and cushion cuts are common for sapphires as these cuts enhance the luster and retain weight. Rounds and squares also enjoy a significant following.

Because Ceylon sapphires tend to be on the lighter side of the color spectrum, they are generally cut deep in order to bring out the saturation of color.

Carat is a substantial determinant for speculating the value of a gemstone. Every increased carat weight adds more value to the gemstone. The larger sizes that weigh more are rare and command a higher value.

Sri Lanka has long been celebrated as the main source for large blue sapphires that are above the size of 100 carats.

Where Are Ceylon Sapphires Mined?

The traditional center of sapphire mining in Sri Lanka is in Ratnapura (‘City of Gems’), southeast of Colombo. Elahara, in central Sri Lanka is also quite productive and has become the second largest gem field.

How Are Ceylon Sapphires Mined?

Most of the gem-quality material is found in alluvial deposits and underground gem bearing layers throughout the island, which are mined by primitive methods

Artisanal mining in Sri Lanka is very straightforward and primarily carried out through traditional means.

The extract, which is mined, constitutes a mixture of sand, dirt, and gravel, which is hauled by workers to the surface. The gravel or ilam is then wheeled out in carts and washed vigorously using screens, water, and muscles.

An air of palpable excitement pervades the mining site, as the miner shrouded in dust delicately unearths a rough sapphire crystal.

The government strictly regulates the use of machinery in mining, a forward-thinking decision in favor of local sustainable practices to give the country and its people a long term future.

Yet Sri Lanka has balanced tradition with continual development, thus establishing itself as a major player on the world stage of gem production and drawing international trade from all over the world.

Some of the world’s most prized and famous blue sapphires owe their origin to the provenance of Sri Lanka. These include:

In 1907, the Blue Giant of the Orient was discovered in Sri Lanka. This 466 carats large sapphire was purchased by an American buyer and remained out of the limelight until it resurfaced at Christie’s jewels auction in 2004.

Blue Belle of Asia was found in Ratnapura district in 1926 and described as having cornflower blue color. It was sold for a whooping $17 million at the Christie’s jewellery auction 2014, a world-record price of a sapphire.

The ‘Logan blue Sapphire’, a stunning 423 carat gem was mined in Ceylon. It has great color and clarity with no evidence of treatment. It is housed in the Smithsonian Institution’s National Museum of Natural History.

The ‘Star of India’ was discovered in Sri Lanka and donated to the American Museum of Natural History by J.P. Morgan.

The 12 carats blue sapphire in the engagement ring of Lady Diana, Princess of Wales, is a Ceylon sapphire, which is now worn by the Duchess of Cambridge, Kate Middleton.

Should You Buy Ceylon Sapphires?

Every mine produces a wide range of quality. For gems of exceptional quality, an independent determination of origin adds to value such as a Kashmir sapphire will fetch a premium over Sri Lankan. However, the value of sapphire must be judged by its individual merit and not merely by its origin.

The price of a sapphire is enormously dependent on the beauty of the stone, with the color itself playing a leading role in its determination.

If your personality connects more with a deep hued Burmese or a classic Kashmir, that’s what you should acquire. However, if you lust over brightness, sparkle and a tint not too light or too dark, the choice can only be a Ceylon sapphire.

How Long Does It Take To Make A Custom Ring

What Is An Asscher Cut Diamond?