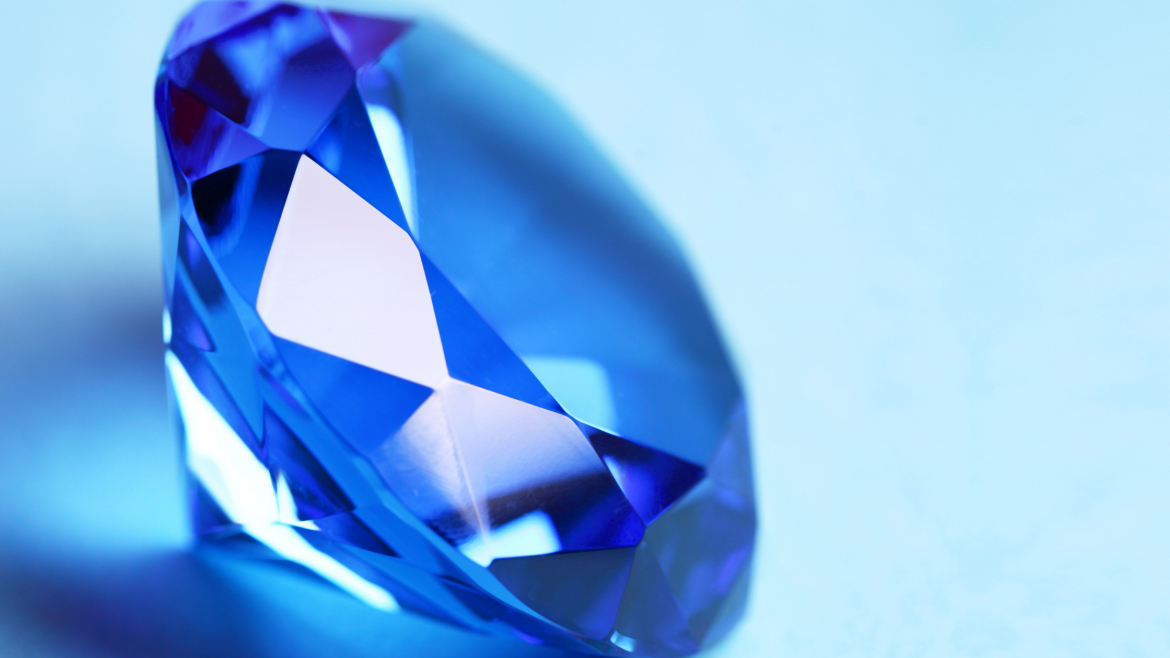 Few gems have held our attention over millennia as well as sapphires. Their pure blue colors and excellent durability make for an exceptional gemstone.

With the rising popularity of gems in all colors of the rainbow, a certain fact about sapphires has dawned on the public at large: these stones not only come in blue, but also in crimson, pink, orange, yellow, green and black. Sapphires in these multiple colors have been mined in the northwestern state of Montana, USA.

In this blog, we explore the rich deposits of Montana, their history, mining locations, value factors, properties, treatment and pricing.

What Are Montana Sapphires?

Regarded as the “Treasure State”, Montana is a gem-laden land, producing nearly all of the sapphire mined commercially in North America.

Montana sapphires, as the name suggests, are sapphires from Montana,

Though they’re found in a wide array of colors, the most well-known are teal, blue-green, and blue-gray.

The History Of Montana Sapphires

Montana has been an important source of blue sapphire off and on since the 1890s.

Sapphires were found in Montana in 1865 by early gold prospectors along the Missouri River.

At the time, no one thought much of it because gold was the goal, as gold was much easier to identify, mine, value, and sell. And the prospectors often discarded the blue pebbles that constantly clogged up their tools.

Eventually a few people realized that these colorful stones were sapphires, and as logistics for gemstone cutting & polishing became possible, this local gem drew attention.

George Frederick Kunz, the foremost U.S. gem expert of the times and gemologist with Tiffany & Co. was among the first to recognize the beauty of the Montana sapphires.

Where Are Montana Sapphires Mined?

Montana Sapphires are found in four major deposits. The appearance of sapphires varied depending on which of the these locations they were discovered.

Yogo Gulch is Montana’s primary deposit, producing vibrant uniform deep blue sapphires, often called as ‘Cornflower blue’, that do not require heat treatment.  The color is generally evenly spread throughout the stones, so they lack the zoning that can be common in sapphires from other localities.

However, these stones tend to be small, with few above 0.5 ct. The rough crystals are flat, tabular pieces that can only be cut into small gems. Thus, carat-plus sapphires from this source are rare.

Popularly known as Gem Mountain, Rock Creek is the home to the richest deposits of sapphires in a variety of hues. Rock Creek sapphires display distinctly sharp colors, with a character and beauty all their own, ranging from cornflower blue to red-orange, yellow and mint green.

Today, the Rock Creek region continues to show the richest deposits of natural sapphires. Two areas of this region, known as Eureka Gulch and Sapphire Gulch, are being mined with practices that show an incredible amount of respect and responsibility to protecting the land and environment.

In Dry Cottonwood Creek, sapphires are typically a pale blue or green with a slightly frosted surface. With heat treatment, some of the material becomes a strikingly beautiful orange, yellow, green or blue.

Sapphires from this region are famous for their abundance of blue-green colors.

Some sapphires found in the Missouri River display a unique color change because of trace elements of vanadium in them. Similar to Alexandrites, the gem would often appear blue and violet in daylight to purple in incandescent light.

How To Grade A Montana Sapphire’s Quality

Just as with other sapphires, a Montana sapphire’s value will depend on its color, clarity, cut, and carat weight.

One of the most striking differences between Montana Sapphires and sapphires from other localities of the world is their color.

Most Montana sapphires are celebrated for being bright cornflower blue – the highly sought after Blue Sapphire color in the world.

They may also come in other shades such as yellow, pink & violet, but by far the well known Montana sapphires are a gorgeous shade of Teal Blue. Also, there are color-change sapphires, which change their color depending on lighting conditions

Montana Sapphires are associated with yields of high-clarity sapphires. These sapphires are extremely unique in that they are free of cavities and feature high uniform clarity.

Sapphire is a Type 2 gemstone, which means gemologists expect it to have some inclusions.

Sapphires from Montana, however, are unusually eye clean, with no inclusions visible to the naked eye.

Further, inclusions are often the most tell-tale sign of a gem’s origin and Yogo sapphires primary inclusions are stress halos that surround small mineral crystals trapped inside the still-forming sapphire. Other common, but distinctive inclusions are negative crystals – very small hollow areas filled with other materials.

Montana sapphires are usually cut better than other Sapphire. This is because American lapidaries specialize in custom and machine-cut faceting to get the best color and shape of the stone.

Round, ovals, emerald cuts, and cushions are some popular shapes. These shapes often also bring out the best color. Princess, trillion, and heart shapes are more rare.

Price is dependent on the quality of the gemstone (i.e. color, clarity, cut, and carat). Additionally, the remarkable beauty, rarity and history of Montana sapphires create a high pricing structure for this gem.

Typical Montana sapphire can cost anywhere from $250-$1500 per carat for under 1/2ct to upwards of $10,000 per carat for stones larger than 5 carats. Over 1.00 cts, prices increase sarply as weight increases for every 10 points.

While Montana sapphires, have an attractive blue color that commands premium prices, their smaller sizes and the complexities of working the deposits, made it economically difficult to mine them.

A majority of the natural Montana sapphires will be under 1ct, with a very limited supply over 1ct, which makes the stone substantially more expensive per carat.

To conclude, Montana sapphires are gaining more interest today than at any other time since their discovery, 164 years ago. Their unique colors, high clarity, durability, USA-mined status and ethical sourcing make Montana Sapphires shine.

What Is Orissa Alexandrite?