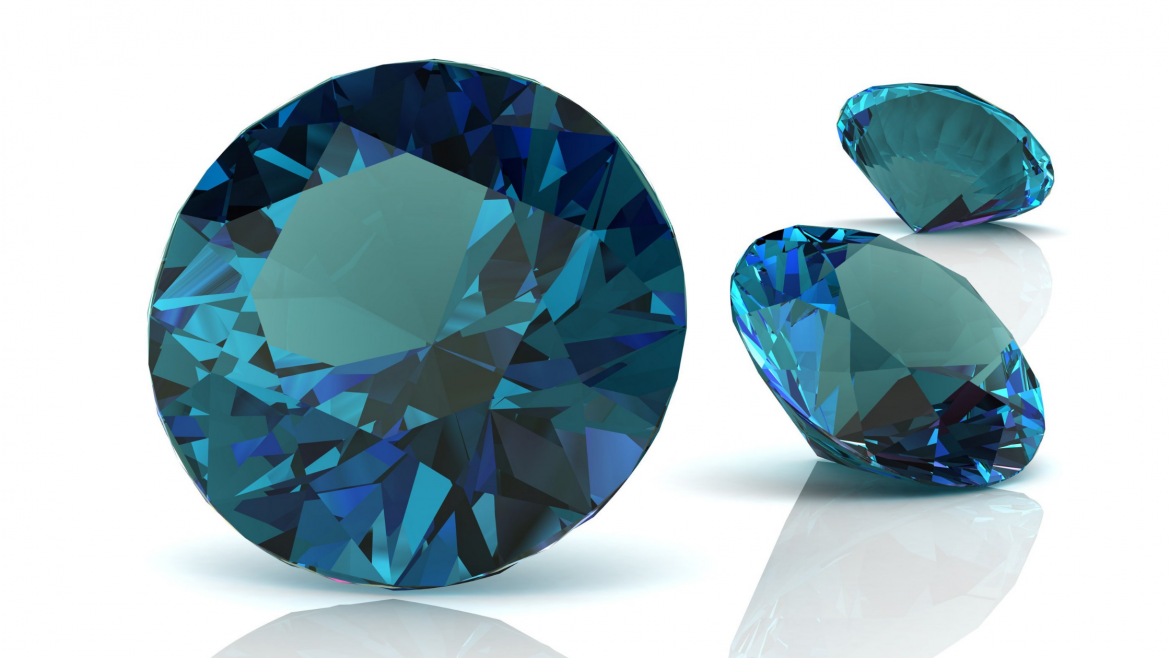 A chameleon of gems, Alexandrite is an exceptional two-in-one gem, that changes its color from a lush green to a deep raspberry red with a change in source illumination.

This alchemy has earned it the moniker ‘Emerald by day; Ruby by night’.

The remarkable rarity, irresistible beauty and ever changing hues of this highly sought after gem is sure to leave gem lovers slack-jawed.

In this blog, we explore everything you need to know about this incredible gem- its meaning, history, symbolism, properties, sources, value factors, cause of color change, care and cleaning and some famous pieces.

Alexandrite is a chrome variety of the chrysoberyl species, that displays a color change dependent upon the nature of lighting.

The most coveted alexandrites transform from a lush green or bluish green in daylight/ fluorescent light to bright red or purplish red under a candle flame or incandescent light.

This gem’s transformation may be so striking that the color-change phenomenon itself is often called ‘the Alexandrite effect’.

While few other minerals like corundum, garnet and spinel can also exhibit color change, none radiate such dramatic and profound color change as an alexandrite.

Alexandrite is one of the birthstones for the month of June, along with Pearl and Moonstone. It is also the preferred gem for 55th wedding anniversary.

Alexandrite was discovered in 1834 by a Finnish mineralogist Nils Gustaf Nordenskiöld, deep in the hearts of Russia’s Ural Mountains.

Initially mistaken for emerald, the stone perplexed miners at sundown when it transformed from vibrant green to deep red.

The name ‘Alexandrite’ was chosen to honour the Russian Tsar Alexander II. Legend states that this beautiful stone was found on the day the heir became of age on his 16th birthday.
Since then, these gems have been associated with nobility and they retain their exclusive status to this day.

The red and green colors observed mirror the colors of the national military of Imperial Russia and it was also declared the official stone of Russia.

There are certain key gemological properties of alexandrite as follows, which readily separate it from other imitations or simulants.

Where Is Alexandrite Mined

Alexandrite was originally mined in the Tokowaya Valley (Ural Mountains) in Russia.

However, those rich seams were depleted long ago.

Since 1987, alexandrite has been found in other locations such as Myanmar, Sri Lanka, Brazil, India, Tanzania, Madagascar, Australia, Spain, Mexico, Zimbabwe, and Bangladesh.

Each region produces a different variation in color, however the basic colors are green and red.

Alexandrite’s rarity is unquestionable and it’s far rarer than diamonds.

Prices for fine specimens above a single carat can rival fine quality rubies, emeralds and diamonds, making them one of the most expensive gemstones in the world.

This gem is rare because its creation requires the geological marriage of different elements such as beryllium and chromium. As conditions fostering such development during the Earth’s formation were rare, the occurrence of alexandrite is very small.

In the Russian mines where it was originally discovered, just one crystal of alexandrite was found for every hundred emeralds!

Despite the limited supply, their demand continues to soar high. Today, they are finding popularity in the mainstream thanks to a growing appreciation for exotic stones.

Alexandrite does not have one, but multiple legends surrounding it.

Some folklore share the common notion that a person who wears this stone receives immense luck, fortune and love.

It fosters creativity, imagination and intuition, helping the wearer strive towards excellence.

Those who often face emotional turmoil can also heal using this stone, as it’s said to boast self-esteem, will power and the ability to be appreciative of the world around us.

It inspires the wearer to seek joy and happiness in everyday life.

Also regarded as the ‘stone of travellers’, alexandrite helps one to adapt to a new environment and understand unusual ways of life.

This color morphing gem is also known to heal the body by restoring internal as well as physical energy.

How To Judge Alexandrite’s Quality

In order to gauge the value of alexandrite, various factors are considered: –

The most prized stones change from a verdant green to an intense red without a hint of brown.  They have medium-dark tone and moderately strong saturation.

The amount of color change observed is often given as a percentage – with a 100% color change from one hue to the other being the most valuable.

Alexandrite is a Type II clarity gemstone, which often displays visible inclusions such as needles, fingerprints and multi-phase inclusions. Faceted stones with maximum transparency and minimum flaws are a rare find.

Alexandrites are most commonly fashioned into traditional shapes such as round, oval, pear and marquise cuts. In case the rough material possesses chatoyancy or cats-eye, it is cut into cabochon.

Its quite challenging for the lapidaries to give the stone a perfect cut in order to show the strongest color change and retain maximum weight.

Most alexandrite crystals are quite small in size and faceted stones weigh less than 1 carat. A stone weighing more than three carats is considered to be extremely rare and thus valuable.

How the color-change works in alexandrite is caused by two factors.

Chromium happens to be the magic element that causes the radical color change.

The stone transmits green and red light in equal measure.

How To Care For And Clean Alexandrite Jewelry

Alexandrite is a fairly durable gemstone with a hardness of 8.5 on the Mohs scale, making it ideal for daily wear and endowing it with the ability to be set into any piece of jewelry.

While it is strong enough to resist scratches or abrasions, it is still important to take good care and avoid sharp blows, otherwise it might just break or chip.

Alexandrite can be cleaned using ultrasonic and steam cleaners; however, care should always be taken when using these methods.

It is far safer to use warm soapy water and a clean, soft lint‐free cloth.

It is recommended to store your gem in a fabric lined box to keep it away from getting scratched by harder gems. It is advisable to store alexandrite jewelry separately, as it could scratch or chip other softer gems with a low hardness rating.

The largest faceted alexandrite (a whopping 65.7 carats) was found in Sri Lanka, and is on display in the Smithsonian, Washington D.C.

The largest uncut gem quality alexandrite specimen ever found is the Sauer Alexandrite that weighs 122,5400 carats and was found in Bahia, Brazil in 1967.

The Whitney Alexandrite is a stunning 17.08 carats cushion-cut stone.

With its exceptional size, clarity and amazing color change, this gem is one of the finest known stone from Hematita Mine in Minas Gerais, Brazil.

It is on display at the National Museum of Natural History.

This gem is a favorite among celebrities. Anna Farris wore an Alexandrite and diamond lizard brooch at the 65th Emmy Awards in 2013.

Actress Felicity Huffman was also seen wearing an oval Alexandrite ring at the Golden Globes in 2015.

How To Tell If Your Diamond Is Real Or Fake

What Finger Do You Wear An Anniversary Ring...

How To Choose A Men’s Wedding Band