What Is An Old European Cut Diamond? 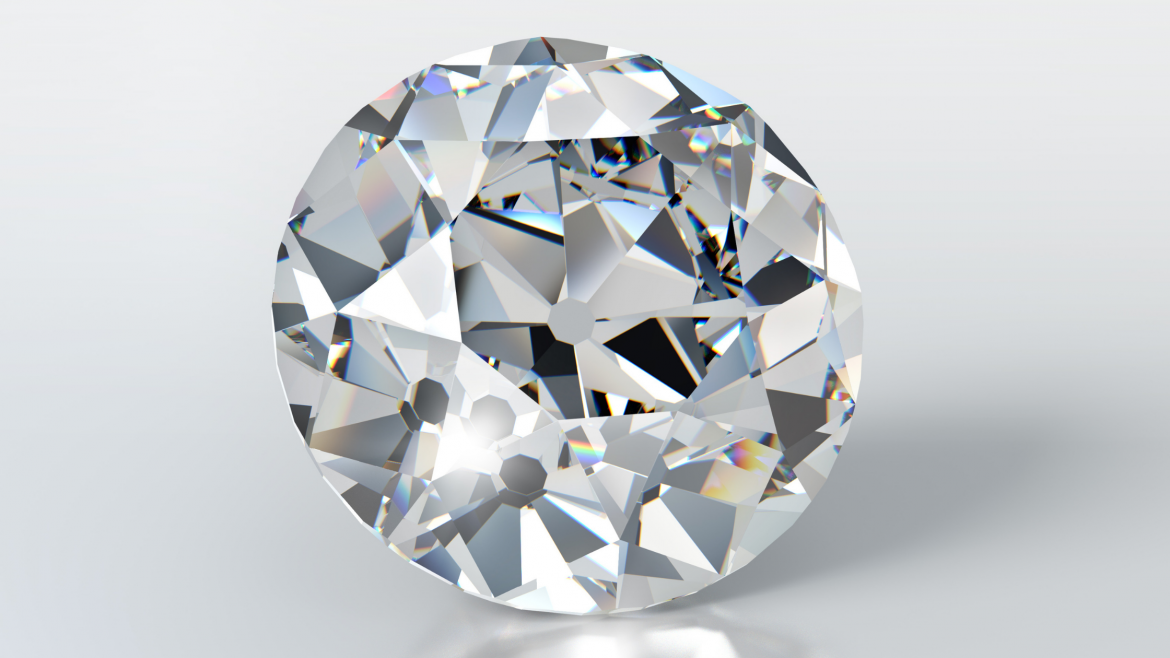 Treasures from the past, the ‘Old European Cut’ diamonds are enjoying a revival among those who desire a distinctive elegance and sustainable credentials. The vintage appeal, recognizable rarity and collectible value of such stones add a unique personality to a jewel.

Old European cut diamonds come with a built-in romance and carry a dose of mystique in them. Their timeless charm, imperfect nature and strong sense of enigma makes us fall in love with them.

Since its beginning to the present day, confusion has frequently surrounded the use of the term ‘Old European Cut’, its defining properties and origin.

This blog endeavors to demystify its evolution, features and difference from modern cuts and in the process dispel the misunderstanding and mythology surrounding this most popular and important of diamond cuts.

What Is An Old European Cut?

Precursor to today’s modern round brilliant cut, the Old European Cut (also known as old euro/round old mine) is an antique type diamond cut, which was developed in the late 19th century and rode a wave of popularity during the Edwardian and Art Deco eras.

This antique cut diamond is endowed with its own character, as each stone was cut by hand rather than machines, giving it an artisanal charm and history. Such handcrafting resulted in diamonds that possessed one-of-a-kind shape, facet structure and dimensions that captured the trends of the bygone eras.

Fashioned in the times when maximizing the weight and yield rather than the brilliance of the stone was paramount, these diamonds possess more bulk and therefore offer a little less flash and sparkle than modern diamonds. However, they exude a pronounced fire and a romantic glow.

The beauty of such diamonds stems from their small table facets, heavy crowns, large culet and deep proportions.

The stone’s shape is quite eye-catching. The more rounded shape of the OEC is a refinement of the previous Old Mine cut diamonds.

Old European cut diamonds have 58 facets – the same number that the contemporary round cut has. However, they are known for their larger facets.

A table is the facet at the top of the diamond. OEC diamond has a small table. With a higher crown and smaller table than modern cuts, an old European cut stone will look larger and present a taller profile than stones of similar carat weight.

The girdle is the facet that encircles the diamond between the crown and pavilion. OEC’s girdle is circular and is frosted or unfaceted, unlike modern cuts that typically add a few extra facets along that thin edge.

Old European cut diamonds are not very symmetrical. Their facets may be irregularly shaped and not well aligned with each other. The reason for this is that the cutting technology was not as well developed and stones were primarily hand-cut.

What To Look For When Buying An Old European Cut Diamond

Although gem grading laboratories don’t provide cut grades for old European-cut diamonds, they do grade these stones for color and clarity.

Unlike the modern brilliant, the Old European cut has no cut grades.

A diamond is certified by the GIA as Old European Cut when it meets three out of the following four criteria:

The color grading scale begins with the letter ‘D’, representing colourless diamond and continues with increasing presence of yellow, brown or grey to the letter ‘Z’. Each color grade has a clearly defined range of color appearance.

Many old European-cut diamonds have lower color grades such as J, K, L, M and will appear to have a yellow or brown tint, give off a vintage vibe. As a result, they tend to look more attractive when set in yellow gold than in white gold.

Clarity refers to the absence of inclusions and blemishes in a diamond. The clarity scale includes eleven grades ranging from ‘Flawless’ to ‘Included 3 (I3).’ Old European-cut diamonds with high clarity grades such as F-VVS will certainly be eye-clean and command premium prices.

Some consumers are conscious about having an eye-clean diamond. Others don’t mind a stone with a noticeable flaw, especially if it saves them money. In that case you can consider stones with mid-range clarity grades like VS-SI.

What Is The Difference Between Old Mine Cut And Old European Cut Diamonds?

The term ‘Old European Cut’ is often used interchangeably with the ‘Old Mine Cut’ because they are similar in their design and characteristics. However, the Old European Cut is younger than the Old Mine.The Old Mine cut diamond pre-dates the OEC and primarily anchor Georgian and Victorian eras from 1800-1905.

The Old Mine cut has a squarish girdle and appears to be asymmetrical, whereas the OEC is rounder and more symmetrical due to the use of bruiting machines.

The Old Mine cut too has a large culet, high crown, and small table but the European cut has a slightly larger table, shallower pavilion and elongated facets comparatively.

Thus, The Old European cut is a step towards the round brilliant and an improvement of the old mine cut.

At a glance, both Old European and Modern round brilliant cut diamonds can look similar, after all the modern brilliant evolved from the OEC. However, there are noticeable differences that can help to distinguish between these two cuts.

Old European cut diamonds have a smaller table compared with modern round brilliants. Since this is a difference in proportions, it is most noticeable when comparing stones of similar sizes.

There is a similar number of facets (58 or 57 depending on culet) in the OEC and modern round cuts. However, the facets are larger in the Old European style and thinner in the round cuts.

Since the Old European stones were cut by hand and not the modern laser cutting tools, they lack the mathematical precision that we see in the modern brilliant and thus won’t be as symmetrical or precisely cut.

Old European cut features a large flat culet that is visible from the stone’ table, whereas in a round brilliant cut the culet can be pointed and in varying sizes.

Majority of modern cuts have a faceted and polished girdle which is different from the frosted/ bruted girdle in the old European cuts.

Old cut favours dispersion or fire; the colored flashes of light from within the stone.

On the other hand, the modern round brilliants are cut to optimise sparkle and brilliance. The facet structure is cut in such a way that when light enters the stone, it reflects back out, giving a bright, sparkly and scintillating diamond.

The availability of Old European Cut diamonds is extremely limited, which only add to their rarity and storied allure.

Since these diamonds were fashioned long ago, the best way of finding an original old European cut diamond is probably with a jeweller who sells antique jewelry or a specialty gem trader specialising in this niche. Estate sites, auction houses and online marketplaces can be some other options to acquire such diamonds.

Due to the rising popularity of this vintage cut, some diamond cutters are fashioning diamonds in the older cutting styles and thus you might also consider such modern replicas of the old European cut.

Until recently, jewelers would re-cut the OEC into modern round brilliants. But as the demand for this cut is elevating, they’re now being preserved and set in beautiful settings to accentuate their beauty and history. The credit for their rising popularity goes to their simplicity, appeal, aesthetic and romance.

Can A Marquise Diamond Be Recut?