What Is Diamond Fluorescence? 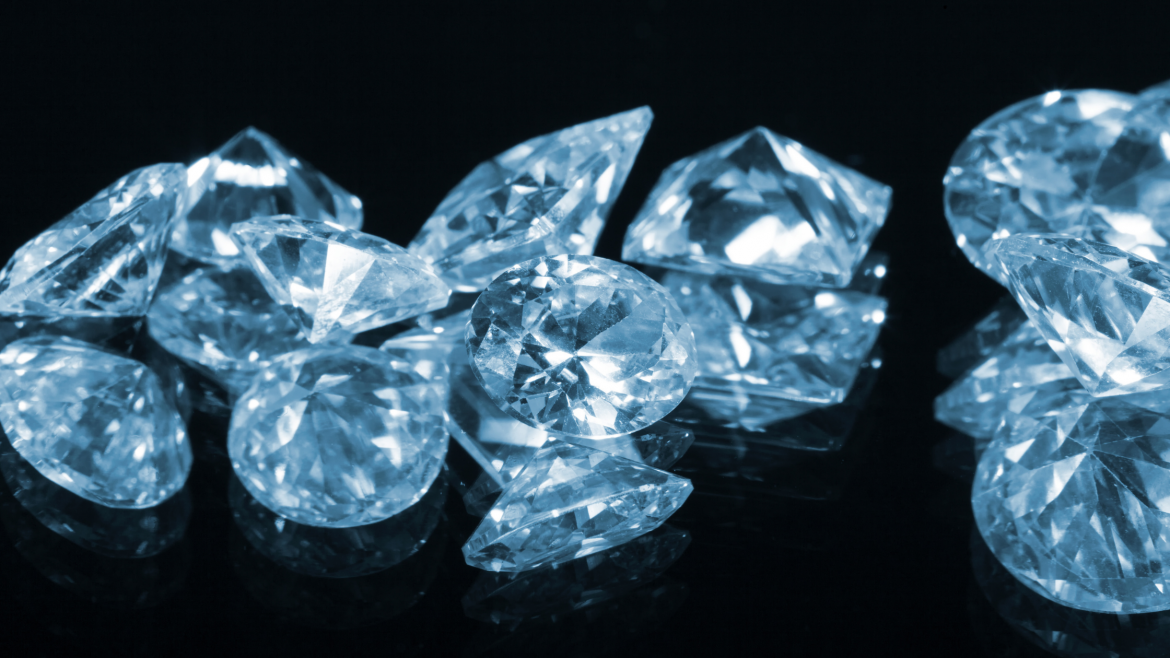 Diamonds are often associated with wealth and luxury, but did you know that diamonds can also be associated with fluorescence? In this blog post we are going to teach you everything that you need about diamond fluorescence and whether you should be worried about it or not.

What Does It Mean To Have Fluorescence In A Diamond?

Fluorescence is known as the radiance that you observe when an item refracts light. Some diamonds tend to fluoresce under UV radiation from sources like the sun and fluorescent lights.

This might cause them to glow blue or, less frequently, yellow or orange. The diamond stops fluorescing once the UV light source is switched off.

Fluorescent diamonds have an extra color in them other than white.

The colors may vary depending on the type of fluorescent diamond. Some people like to purchase these types of diamonds for their beauty while others buy them because they will stand out more in certain lighting conditions.

Diamond fluorescence is one of many things that can make a diamond unique. A diamond’s fluorescence will depend on the type of treatment it has undergone, as well as its color grade.

Fluorescent diamonds are sometimes called “daylight” or “nighttime” diamonds because they appear to change colors depending on the time of day and how bright your surroundings are.

Do All Diamonds Have Fluorescence?

It’s impossible to tell whether a stone is natural or lab-grown simply by looking at it. Some diamonds exhibit some degree of fluorescence. However, the percentage is only around 25% to 35%.

The GIA classifies diamond fluorescence as a distinguishing feature. It’s not graded as the 4Cs by GIA (color, clarity, cut, and carat weight).

The color of the fluorescence will be indicated if it is medium, strong, or extremely strong.

How Does Fluorescence Affect The Value Of A Diamond?

A diamond’s fluorescence can have a minor or significant influence on its price, depending on the circumstances. Colorless diamonds with a D-F color grade are discounted if they have a fluorescent glow when viewed under UV light.

Diamonds with fluorescence are often considered less valuable than diamonds that don’t. This is because the fluorescence is considered a flaw, thus the diamond’s value decreases. Some individuals believe D-F-colored diamonds have an oily or hazy appearance as a result of their fluorescence, which is not desirable.

How To Tell If Your Diamond Has Fluorescence

A GIA study from 1997 claims that the fluorescence of a diamond does not affect its appearance when observed from an upside-down perspective. However, when the diamond is positioned upright, the typical person may be able to notice a difference in a diamond with strong or very strong fluorescence.

However, as we previously said, the variance is not a negative thing since it can slightly enhance the apparent color of a low-color diamond.

In other words, blue fluorescence had little influence on the face-up look of diamonds in the colorless or near-colorless grades (D through J) except for a modest boost in rare circumstances.

Is Fluorescence In A Diamond Bad?

In some instances, strong or very strong fluorescence may cause a diamond to appear hazy and dim, decreasing its clarity and appeal.

Such diamonds are frequently said to have an oily, foggy, or milky look about them. It is quite evident that it is bad in such situations.

Should You Buy A Fluorescent Diamond?

The final choice whether or not to buy a fluorescent diamond is entirely yours, but keep in mind that the four C’s (color, cut, clarity, and carat) are far more essential than fluorescence.

Fluorescence shouldn’t have much of an impact on the look of the diamond. So, it shouldn’t influence which one is best for you.

Fluorescent diamonds are also known as “white fire” due to their brilliant, sparkling appearance. Some customers, on the other hand, prefer buying them due to the lesser price. Make sure you contact the shop before purchasing a diamond and ask about its fluorescence so that you are aware of all of its features before making your decision.

It’s crucial to understand that the presence of diamond fluorescence is not always disclaimed in the same manner by every diamond dealer. Even though the GIA establishes a number for fluorescence in various amounts, diamonds with equal grades will be valued more highly by experienced purchasers who distinguish if the visual impact is significant. That’s why it’s important to examine the diamond you want to buy.

The 4Cs, fluorescence, and many other characteristics of your diamond are important considerations for diamond buyers.

Diamond fluorescence is simply a term used to describe the phenomenon that occurs when diamonds absorb ultraviolet light and emit visible light. The color of this fluorescence is related to how pure or impure the diamond is.

Diamonds will show blue, yellow, green, orange-yellow, and red wavelengths under UV exposure based on their chemical makeup and purity level.

If you’re looking for a particular color in your diamond purchase, we recommend asking an expert which type of stone would fit best with what you envision wearing due to these variations depending on factors such as clarity and cut (which also affect appearance).

You can find fluorescent all around us. But it’s possible many don’t know they even exist! Fluorescing minerals have been observed since ancient times, but it wasn’t until the end of the 18th century that diamonds were found to be fluorescent.

Diamonds are one of only a few gemstones known for their fluorescence, with others being tanzanite and fluorite. Like other gems, they can emit different colors under ultraviolet exposure depending on how pure or impure they are.

What Are Black Spots In Diamonds?