What Is London Blue Topaz? 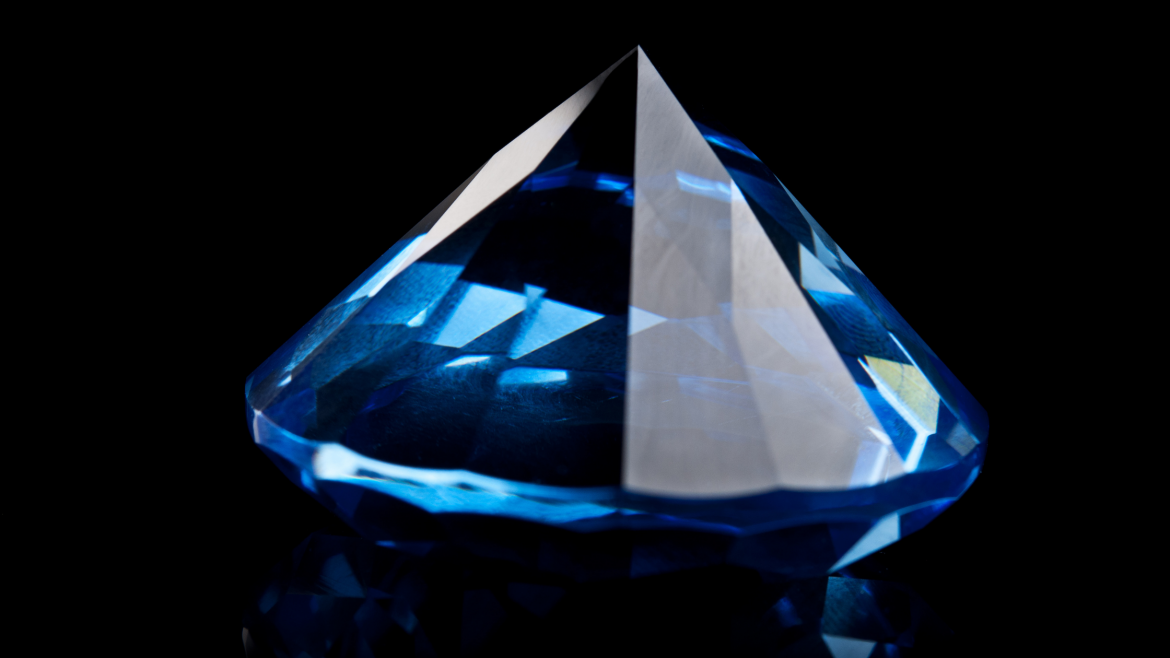 If you have been shopping around for topaz jewelry, then you might have come across the term “London Blue Topaz” and heard of its uniqueness. To make your life a little easier in this blog we will answer the question: “What Is London Blue Topaz?” and teach you everything that you need to know about the mysterious London Blue Topaz.

What Are London Blue Topazes?

A London Blue Topaz is very unique among topaz gemstones due to its dark blue color. The shade of blue is darker than most traditional topazes, but lighter than sapphires.

Why Is It Called London Blue Topaz?

Many people are curious as to why this gemstone is called London Blue Topaz when they first hear about it. Unfortunately, we cannot provide a surefire answer to this question. This is because London Blue Topaz’s origins are in debate.

Reasons Why London Blue Topaz Might Have Gotten Its Name

According to some theories, the name London Blue Topaz was derived from the fact that there is also a type of topaz called Swiss Blue Topaz. Thus, we might conclude that the stones’ geographical origin is related to their geographical names.

The topaz may also have been named after London because the city is renowned and it is popular in the city.

What Is The Color Of London Blue Topaz?

The answer is “Yes”, but it has been treated. When real topaz is found in nature it still does have a blue color but is much lighter in color than a London Blue Topaz.

How Is London Blue Topaz Made?

London Blue Topaz is made by exposing topaz to extreme heat and radiation after it is mined. Due to this specific treatment, the topaz’s color will become much darker, creating the lovely London Blue Topaz as a result. As well as producing the blue color, heating enhances the clarity of the stone.

What To Look For When Purchasing A London Blue Topaz

In the same way that you would purchase a diamond, you should always look at the 4C’s (Cut, Color, Clarity, Carat) when buying a London Blue Topaz. The reason for this is that you still want to ensure that your topaz is precisely cut to your liking, the color is the right hue of blue and the clarity is good enough that you cannot see inclusions with your naked eyes.

What Are The Pros and Cons Of A London Blue Topaz?

As with any other gemstone type, London Blue Topaz has pros and cons. Here are some of the pros and cons to consider:

Should You Buy A London Blue Topaz?

As with any gemstone, choosing the right one is solely a matter of personal preference. Having a ring you love for the rest of your life is only possible if you are in love with the style and understand the downsides of the gem. Our recommendation at Ultimate Jewelry Guide is always to go with your own personal preferences over what other people and traditions tell you to choose.

Where Should You Purchase A London Blue Topaz?

I think it is safe to say that if you made it this far into the blog that you are interested in buying London Blue Topaz. It doesn’t matter if it’s an engagement ring or a necklace; we recommend you start researching online to see what styles you like.

After you have a clear idea of what you want, browse the jewelry stores in your town to see their collections and prices. Then, if they are unable to beat the prices online, try a big box store, such as Blue Nile.

What Is Platinum Patina?

What Is White Gold?