What Is New Jade? 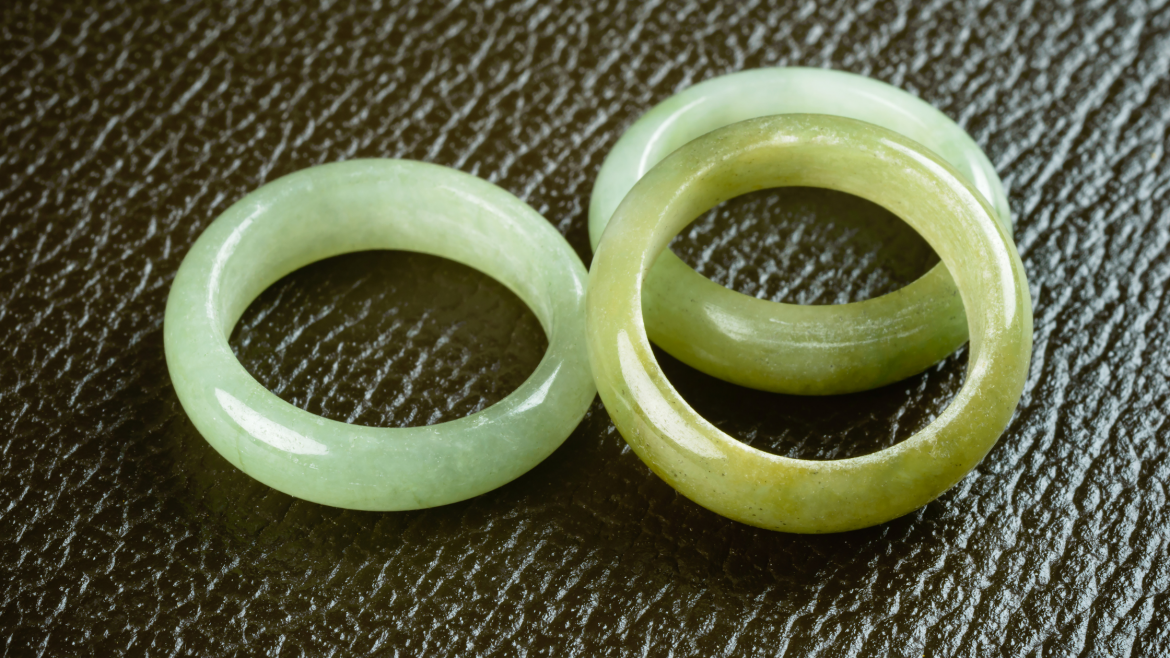 ‘Gold is valuable, while Jade is priceless’. Nothing can depict the appeal and desire for this gem more beautifully than this saying.

The beauty of jade has inspired fascinating legends of art and obsession for centuries.

Deposits for Jade are increasingly being played out, yet the desire for jade jewelry is only growing.

With a soaring price tag, fame and commercial demand for jade, gem traders are now using ‘Serpentine’ instead, cleverly marketed as ‘New Jade’.

There are many gem minerals that have a passing resemblance to jade and are often misrepresented as real jade.

Jadeite, nephrite, serpentine, chalcedony, and quartzite were all referred to as ‘jade’ in ancient times, where objects were defined by their craftsmanship rather than the materials themselves.

In this blog, we explain everything you need to know about the prevalent Jade simulant- ‘New Jade’, its properties, occurrence, uses in jewelry and crystal healing powers.

What Is New Jade?

New jade alludes to its similarity to Jade. It is actually the gem mineral ‘Serpentine’. Serpentine derives its name from the Latin word ‘Serpentis’ meaning snake like, referring to the resemblance these stones have to snake skin. While this name was almost certainly chosen because of its green color, it reflects many ideas about the serpentine stone’s qualities that date back to the ancient world.

Serpentine isn’t a name that belongs to a single mineral, rather it’s a group of magnesium silicate minerals that are all similar in their chemical make-up.

There are various varieties of serpentine, that are of interest to gemology. One of such varieties is called ‘Bowenite’, which is at present used extensively in the jewelry trade.

Widely used as a jade substitute, its color is almost similar to real jade.

Its color ranges from various shades of green to brown and yellow.

It may feature inclusions such as whitish cloud shapes and speckles of cream or black colored crystals.

New Jade or Serpentine has certain properties which aid in its identification.

These are as follows: –

New jade aka Serpentine is not a real jade but an imitation of jade.

An imitation is a material that looks alike but has a completely different chemical composition and other physical and optical properties.

This imitation is less valuable and is often sold as Jade to unsuspecting buyers.

Much of the material used for carved figurines which come from China is actually Bowenite serpentine.

Carved pieces of this material are sold under the misnomers ‘New jade, Korean jade, Olive jade, Soochow jade or Suzhou jade’, but are, of course, not true jade.

Their references to Jade are based only on looks; but the serpentine crystal itself is not remotely similar.

How Is New Jade Used In Jewelry

Serpentine is an attractive ornamental gemstone, commonly used in the jewelry trade.

The range of green hues ‘new jade’ is available in, makes this stone fun to design with.

Due to its much easier workability, this group of minerals has risen to become the preferred jade substitute in recent years.

It is less tenacious than jade, but durable enough to be carved into figurines.

Skilful use of different patches of color increases the value of such pieces.

It is also cut and polished as gemstones and cabochons, carved as cameos, intaglios, and ornaments.

Since ‘new jade’ is a fairly soft stone, it’s recommended to use this gemstone in necklaces and earrings rather than bracelets and rings to help avoid impact and abrasion.

Where Does New Jade Come From?

Serpentine, in its many different forms, is a common mineral and can be found all over the world.

There are large quantities of it found throughout the USA, including rarer variations like purple Antigorite in Texas.

How To Differentiate Real Jade From ‘New Jade’

At a casual glance, the easiest way to tell the difference between new jade and real jade is to consider the price and color. New Jade will be relatively inexpensive, while Jade figurines and jewelry will be prohibitively costly.

The more solid the coloring, the more likely it is that Serpentine or other imitation has been used. Solid or evenly colored Nephrite or Jadeite are much rarer and thus command a higher price.

Original jade is quite hard and tough. With a Mohs hardness of 6-7, it cannot be scratched easily with regular metal objects.

However, serpentine would not pass this scratch test as it is softer and much lower on the hardness scale. If two pieces of serpentine are rubbed together, a white powdery abrasion will show, which is not the case with jadeite or nephrite.

A gemological refractometer is a handy tool to test the refractive index of Serpentine, which is quite distinct from Jadeite and Nephrite.

Besides being an excellent gemstone for jewelry, Serpentine can be simply used as a raw stone for crystal healing.

Just as serpents represent immortality, transformation, knowledge and health, so do Serpentine crystals.

If you feel the need for a crystal bodyguard to keep your spiritual energy safe, then Serpentine is an excellent choice.

Some of the many healing properties of it are: –

Serpentine can be used to manifest what you want into your life- luck, love, prosperity, friendship, healing, etc.

Though this is one of the more common stones, its energy is anything but ordinary. Thus, if you want to add just one stone to your crystal collection and get an array of positive effects, this is the stone to do it!

Can You Be Allergic To Gold?