How To Get Dents Out Of Jewelry 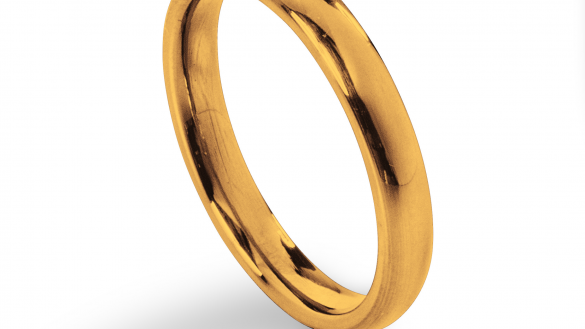 Jewelry is often a cherished item, passed down from one generation to the next. But what happens when your jewelry gets a dent in it? This can be a heartbreaking experience, especially if the jewelry is very old or valuable. In this blog post, we will teach you how to get those pesky dents out of your jewelry!

What Is A Dent?

A dent in jewelry is a minor, unsightly blemish that can often be difficult to remove. Dents can occur for many reasons, including but not limited to: being dropped, hit with a hard object, or simply aging. However, if your jewelry has a dent in it, don’t worry! There are several ways you can remove it.

What Causes Dents In Jewelry?

There are many reasons why a dent might form in your jewelry.

The most common reason is that the jewelry comes into contact with a hard object. This can often cause a dent or a scratch in the metal. Contact with hard objects can also cause the metal to deform and create a small, unsightly blemish. For example, if you drop your ring on the ground, the impact might cause a dent.

Porosity in the meta

Another common reason for dents in jewelry is the porosity in the metal. This means that the metal has tiny holes in it, which can cause it to deform over time. If your jewelry is made out of a porous material, it is more likely to get dents.

The third most common reason for dents in jewelry is aging. As metal ages, it becomes more brittle and therefore more likely to dent. If your jewelry is quite old, there is a good chance that it has at least one dent in it.

The inherent hardness of the metal

The hardness of the metal can also contribute to dents in jewelry. Some metals are inherently harder than others and are more likely to dent. For example, gold is a softer metal than platinum, so it is less likely to get a dent.

Finally, your jewelry might get dents because of the chemicals it comes into contact with. Certain chemicals, such as bleach or ammonia, can cause the metal to corrode and form a dent. This is more common with jewelry made out of materials such as silver.

Effects Of A Dent On A Piece Of Jewelry

Dents on pieces of jewelry can have a few different effects, depending on the severity and location of the dent.

The most apparent effect of a dent is that it diminishes the aesthetic value of the jewelry piece. The aesthetic effects of a dent on jewelry can vary depending on the severity and location of the dent. If the dent is small and located in an inconspicuous place, it might not affect the appearance of the jewelry. However, if the dent is significant or located in a noticeable place, it can often make the jewelry piece look ugly.

Value of the Jewelry

In some cases, a dent in jewelry can also have functional effects. For example, if the dent is located on the part of the jewelry used to hold something together, it might affect the piece’s function. If the dent is large or located in an important place, it might make the jewelry unusable.

How To Get Dents Out Of Jewelry

Now that you know what causes dents in jewelry, it’s time to learn how to fix them! There are several ways you can remove dents from your jewelry, depending on the severity and the type of dent.

The solder wire method is the most common way to remove minor dents from jewelry. It involves using a thin piece of metal, called solder wire, to fill in the dent and then melt it together with the surrounding metal. The solder wire creates a smooth surface and gets rid of the dent. This method is best for dents that are less than 0.25 inches deep.

The deep freeze method is used to remove more significant dents from jewelry. It involves putting the jewelry in a container of water, which will cause the metal to contract and push the dent out. This method is best for jewelries like rings with many surface areas. You will need to repeat the deep freeze method a few times to get effective results.

The Hammer and Chisel Method

The hammer and chisel method is the last resort for removing bigger dents from jewelry. It involves using a hammer and chisel to chip away at the metal until the dent is gone. This method should only be used if all other methods have failed, as it can damage the jewelry.

Tips For Preventing Denting In The Future

You can do a few things to help keep your jewelry looking its best.

Store Your Jewelry in a Safe Place

Another way to prevent dents is to avoid contact with hard surfaces. Surfaces like tables, floors, and countertops can easily dent your jewelry when they come in contact.

The best way to prevent dents is to wear your jewelry carefully. Carefully wearing your jewelry means avoiding activities that could damage the jewelry. Such activities include contact sports and using harsh chemicals.

It is essential to take care of your jewelry, as dents can often diminish the value and appearance of the piece. There are several ways you can remove dents from your jewelry, depending on the severity and type of dent. By following these tips, you can help keep your jewelry looking its best!

What Is A Semi Mount Ring?